Home » Burlington Celebrating 30-years of Twinning with Official Delegation from Itabashi, Japan with Garden Opening and Other Activities

Burlington Celebrating 30-years of Twinning with Official Delegation from Itabashi, Japan with Garden Opening and Other Activities

Please see a media release from the City of Burlington.

The delegation will visit several locations throughout the city to learn about environmental actions, post-secondary education and childcare. The group will also officially open the Itabashi Garden and attend the Canada Day Opening Ceremony.

The Japanese garden, designed by Virginia Burt Designs, has been built in the courtyard area behind Tansley Woods Community Centre. The construction began in the fall 2018.

The design was inspired by gardens of the Itabashi area and local Burlington landscape, including the escarpment and local plants.

Since founding Virginia Burt Designs (VBD) in 1996, Virginia has designed and directed healing landscapes for private residential, educational and public clients. VBD has established a reputation for creating gardens and landscapes of meaning. Virginia’s work has achieved international recognition receiving multiple awards from the American Society of Landscape Architects, Palladio and Canadian Society of Landscape Architects. She is one of seven women in the world with Fellowships from both societies for outstanding contribution to the profession. Clients appreciate and value her deep respect for place and for the human dimensions of each project. Virginia gets things built – beautifully.

Itabashi Mayor Takeshi Sakamoto will join Mayor Marianne Meed Ward in welcoming and addressing the crowd at the Canada Day Opening Ceremony at Spencer Smith Park at 4 p.m. Mayor Meed Ward and other elected officials will also be on hand to kick off the celebrations, which feature the Burlington Teen Tour Band and Nagata Shachu, Japanese taiko drummers.

For full details of the Canada Day events, visit burlington.ca/canadaday.

Garden enthusiasts are invited to attend a lecture on Japanese garden landscapes with Hugo Torii, gardener and landscape architect at Ueyakato Landscape Co and Virginia Burt, from Virginia Burt Designs. At the lecture, participants will learn about Japanese gardening plants and techniques and be able ask questions as well as tour the new Itabashi Garden. Light refreshments will be served.

Hugo Torii has been a gardener and landscape architect at Ueyakato Landscape Co. Ltd. since 2002. With a Master’s degree in Landscape Design from Kyoto University of Art and Design, he has studied Japanese aesthetics and Japanese gardens and also has a background as a florist before stepping into his current career as a garden craftsman. He has managed several notable projects for Ueyakato including the Japanese garden and greeneries for the 24-hectare Keihanna Commemorative Park and for the 5,000 square-meter Yosuien Japanese strolling pond garden. He has also participated in the annual maintenance of pine trees in the Nijo Castle, a World Heritage Site and was a team leader in Kyoto City street trees maintenance program.

In May of 1989, the City of Burlington signed a twinning agreement with the City of Itabashi, Japan. Over the years, the Mundialization Committee has arranged various programs and exchanges between ltabashi and Burlington and relations between the cities have flourished on all levels. The twinning relationship has been demonstrated through regular citizen visits, official delegations, special gift exchanges, student art and pen-pal exchanges and memorable anniversary celebrations.

With a population of more than 500,000, Itabashi is located on the Shyakujii, Shingashi and Arakawa Rivers just 45 kilometres northwest of Tokyo.

In 2019, the Cities of Burlington and Itabashi will celebrate a milestone — the 30th Twinning Anniversary.

We have a great relationship with Itabashi, Japan thanks to our twinning relationship and the Mundialization Committee. Burlington has learned a lot from sharing information, culture and friendship. The Itabashi Garden will be a beautiful and well-thought-out testament to our shared values, and I encourage everyone to come out and visit it. I am proud, as Burlington’s Mayor, to continue this 30-year bond with Itabashi that shares and celebrates parts of Japan’s beautiful culture and traditions with our own local residents. 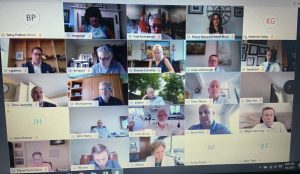 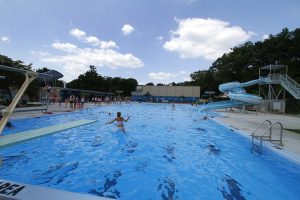 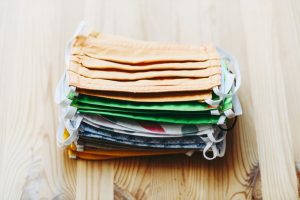 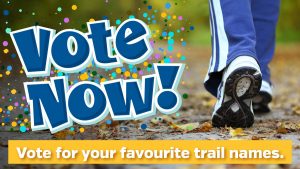