Home » GUEST POST: A bridge so near – planned Burlington pedestrian crossing will span GO tracks as well as decades of use

GUEST POST: A bridge so near – planned Burlington pedestrian crossing will span GO tracks as well as decades of use

Please see below a guest post from the Metrolinx blog.

A pedestrian bridge that has stood the test of time is set to be replaced by a new, fully accessible structure that will improve connectivity over the rail corridor and provide room underneath for future electrified GO service.

Some pedestrian arteries lead straight into a community’s heart.

Maybe it’s a familiar path to a school or a well-used shortcut to an area mall.

If you’ve lived near Drury Lane, minutes from the downtown core of Burlington, there’s a good chance you’ve used the pedestrian bridge that spans over the train tracks. It’s been around since 1972 and over the decades, its unique structure has made it impossible to miss.

With its zig-zagged ramps that lead up to the long, green bridge enclosed with fencing, it’s one of the few pedestrian railroad bridges still standing.

Now the expanse is getting ready for a new crossing – a needed replacement to bridge into the future.

The current structure is used by the local community not only to get to the Burlington GO station, but as a crucial link to services. In the area there’s a local school, a community centre, a seniors centre and a library.

”I have been using the bridge since I was a young kid – like since the summer of 1977,” recalls Paul Fitzgerald.

He’s lived in the area for most of his life and for him, the bridge did more than connect the north end of Drury Lane and the south end of Orpha Street; it connected him to his life. He used it to access the bridge to visit friends in Glenwood School Drive, which is the community on the other side of Drury Lane.

“I used to go over there to play street hockey, ride my bike with friends and even throw the football around,” he recalls.

Fitzgerald, who still uses the bridge to get to key businesses, says it was a huge part of his childhood and teenage years. Without it, he wouldn’t have made the friends or the memories he has today.

“If the bridge was not there, it would take me, or anyone for that matter, a long time to get to Glenwood School Drive and back,” he explains. “I would never cross at the train tracks – that’s a no-no.”

In fact, the community was once landlocked. In 2012, the deteriorating and rusting metal meant the bridge was deemed unsafe to use. It was closed and trips from Drury Lane to Orpha Street took 40 minutes as opposed to the normal few minutes on foot.

As a result, the bridge became a flashpoint for community activism.

City Council debated on removing the bridge rather than paying for the cost to extend its lifespan. Thanks to a petition, along with the support of local councillors, the bridge received some interim repairs to the tune of $380,000.

“The community is attached to it simply because it’s part of Burlington’s past,” says Fitzgerald, who owns a public relations firm. “We have rich history, but if we want a rich future then we have to embrace some change.”

That change will now come in the form of a new bridge, replacing the old one as part of the Lakeshore West GO Expansion project. Both the City of Burlington and Metrolinx will share the cost for a much needed upgrade that will increase the vertical clearance underneath to electrify tracks and make the bridge accessible.

“The work is required because the bridge is nearing its life expectancy,” explains Brent Madore, a project coordinator with Metrolinx.

The bridge needs to be compliant with the latest requirements of the Accessibility for Ontarians with Disabilities Act (AODA) and to accommodate for future electrification of the corridor and the possibility of a fourth mainline track.

According to Madore, the current minimum clearance from the top of the rail to the underside of the bridge is 6.82 m. The goal is to raise that to 7.4 m for the new bridge.

Along with being more accessible and taller, the bridge will also have a much nicer design; the sides and the walls of the bridge span will likely be transparent to allow pedestrians to see the rail corridor and any trains passing through.

“To be honest, the bridge is old and it’s time to focus on the future and safety for residents” admits Fitzgerald.

He believes the new bridge will complement the area which has been revitalized. The GO Station just underwent a renovation and expansion and there are new shopping plazas and condos in the area.

“A new bridge is needed for safety and a new structure will match the theme of innovation Burlington is now experiencing,” says Fitzgerald.

“I look forward to seeing the development of a new bridge on Drury Lane. The time has come – so let’s build it!”

The contract for the project is set to be awarded later this year with an anticipated completion by 2023.

Great to see Burlington’s Drury Lane bridge featured on the Metrolinx blog. One of my proudest moments as a new councillor during my first term (2010-2014) was working with residents to bring forward a motion to save the bridge from demolition. It needed repairs and there was discussion by council to simply remove it, rather than spend the money. The community and myself made the case that this bridge was an essential pedestrian connection that linked the Glenwood School Drive community with businesses, community centres, parks and schools on the other side of the tracks. The bridge promotes walking and biking at a time we are encouraging people to get out of their cars.

It was a close vote with council agreeing to do the repairs to extend the life of the bridge a few more years. That bought us some time, and then Metrolinx stepped up to assist with funding. A huge success for the community and we will now have this vital link preserved in perpetuity. 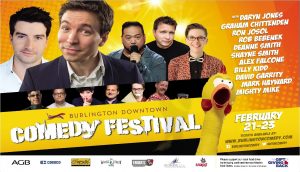 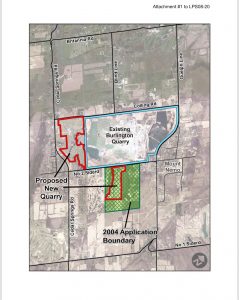 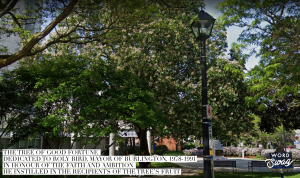 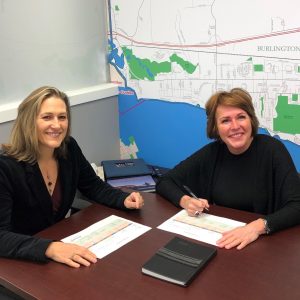