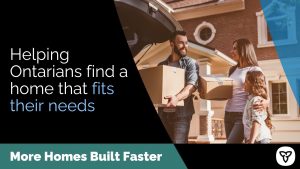 The Provincial government announced on Oct. 25 new legislation introduced that day by Ontario Minister of Municipal Affairs and Housing (MMAH), the Hon. Steve Clark, to address the housing crisis in Ontario. The Ontario media release and more details on the plan are provided further down this post, including a complete list of the proposed changes outlined in the legislation and a slide deck presentation from the Province’s technical briefing on Oct. 25.

Also, scroll further down for responses from the Association of Municipalities of Ontario (AMO) Board and the Ontario’s Big City Mayors (OBCM) caucus.

The Province’s plan to address the housing crisis shows some promise, and in fact we’re already implementing or considering some of the suggested changes. For example, we already allow accessory dwellings that would allow up to two units per lot (the province’s plan proposes a total of three), and as part of our Housing Strategy and reviewing development charges (DCs) credits for affordable housing units. 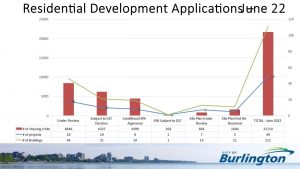 The government has assigned 29,000 units to the City of Burlington by 2032 in its new provincial housing legislation (page 4 of the MMAH technical briefing) — based on recent figures from City staff on residential developments as of June 2022, we already have 21,700 units in the pipeline.

With that said, however, I’m very concerned about the proposal to shift growth costs from developers to taxpayers. This signals a major change in the philosophy that growth should pay for growth.

We also need more clarity and details around the Ministry’s consultations with municipalities.

Their role is to set population and housing targets and we are best positioned at the municipal level is to determine how those targets are met on the ground.

The City of Burlington already has a plan to accommodate our share of growth, and shift the highest density where most appropriate – for example near our three GO Station transportation hubs — without compromising established neighbourhoods.

We’ve always been here to partner with the Province to meet the challenges of affordable housing and will continue to do so, and look forward to robust and mutually beneficial discussions to that end.

The Ontario’s Big City Mayors caucus, in a statement released today (Oct. 27), has said we welcome the new legislation but want the public comment period on regulatory changes extended to enable further discussions.

“There are some very positive things in here, and there are some items that will require further review, such as the impact of removing development charges.” — OBCM Chair and Mayor of Guelph Cam Guthrie

OBCM looks forward to further discussions with Minister Clark and his colleagues on these matters before legislation is passed.

Association of Municipalities of Ontario (AMO) Board Response

The Association of Municipalities of Ontario (AMO) has described the changes outlined in the new legislation as  seeming “punitive in nature – at a time where staffing shortages of planners, building officials, and skilled labour are a key factor beyond the control of municipal governments.” In AMO’s view, the proposed changes to municipal development charges, parkland dedication levies, and community benefits charges may contradict the goal of building more housing in the long-term. Unless fully offset by funding to support growth-related projects, reductions in these fees will shift the financial burden of growth-related infrastructure onto existing municipal taxpayers.

“Municipalities will welcome some of the proposed changes, and will be very concerned about others, such as changes to the Development Charges Act. We will work with the government on the ideas that have the potential to make housing more affordable, and we will oppose changes that undermine good economic and environmental policy.” — Colin Best, AMO President & Milton Town and Regional Councillor 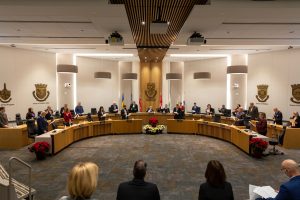 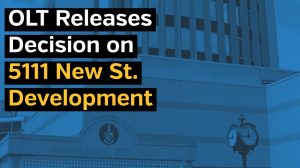 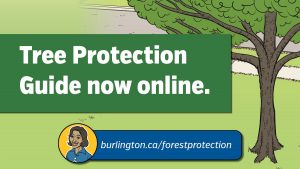 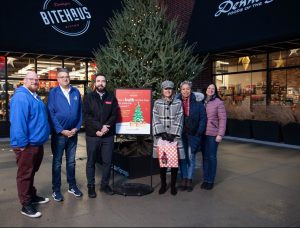