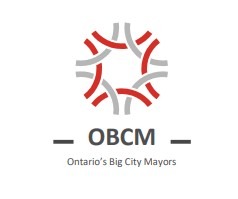 November 3, 2021 – In late October, Ontario’s Big City Mayors (OBCM) held its first in-person meeting since the start of the pandemic. The event was hosted by the Mayor of Burlington, Marianne Meed Ward. The OBCM was delighted to be able to safely gather once again. The return of in person caucus meetings is a step back toward normalcy and an indication that communities are slowly returning to normal – a credit to our frontline workers and public health system in Ontario.

At the event, OBCM announced Michelle Baker as their inaugural Executive Director. Michelle has played key roles in municipal and provincial government for over a decade, with the Ontario government and the City of Mississauga. Michelle has a track record of bringing people together to solve public policy challenges.

“We are thrilled to have Michelle’s leadership at OBCM. Her wide range of expertise will help OBCM continue to deliver positive ideas that help strengthen Ontario’s largest cities.” — Jeff Lehman, Chair of OBCM and Mayor of Barrie

“I am very excited to work with the OBCM caucus and Chair Lehman to continue the strong record of advocacy and policy development. I know the municipal sector is ready to turn the page on the pandemic and build a more resilient province.” — Michelle Baker, Executive Director, OBCM

Throughout the year, OBCM has worked in partnership with the province, business leaders and community organizations to keep residents safe throughout the pandemic. The caucus released notable policy proposals to support the fight against COVID-19, including supporting the establishment of a system for certified proof of vaccination. OBCM also advocated strongly for measures needed to protect Ontarians, such as paid sick leave.

The caucus has begun to release policy proposals within its four areas of strategic focus, beginning with mental health and addiction services across the province. The OBCM Mental Health and Addictions Working Group called for decriminalization of simple possession of some controlled substances, as part of a series of proposals to shift from an enforcement-based to a public health-based approach to addictions.

On a variety of other policy priorities, the caucus has seen its advocacy with the provincial government drive policy changes, including issues as varied as Payments in lieu of taxes for Airports to Municipal Codes of Conduct.

In the upcoming months, OBCM will continue to present policy proposals to address issues of critical importance in our cities, such as housing affordability, climate change and fiscal federalism.

With key policy proposals and new leadership, OBCM will be a strong municipal voice in the post-pandemic recovery, and continue to work with all levels of government to advocate for the issues that matter most to Ontario’s cities.

More information on the recommendations put forward by OBCM can be found at www.ontariobigcitymayors.ca

That OBCM establish a formal position opposing the elimination of capital gains tax exemptions on primary residences owned for more than one year.

That the federal Minister with the responsibility of housing affordability be requested to provide an update, in writing, to OBCM outlining the government’s position on capital gains tax exemptions for primary residences.

Payment in Lieu of Taxes

That the Ontario Big City Mayors supports the request the Ontario Minister of Finance to initiate an amendment to OR 282/98 to remove the 5% cap on annual Payments in Lieu of Taxes from incorporated airport authorities to their host municipalities in the Province of Ontario.

That the Ontario Big City Mayors requests long-overdue bail reform to address the issue of repeat offenders being released into the community.

Ontario’s Big City Mayors (OBCM), formerly known as the Large Urban Mayors’ Caucus of Ontario, includes mayors of 29 single and lower-tier cities with a population of 100,000 or more, who collectively represent nearly 70 per cent of Ontario’s population. OBCM advocates for issues and policies important to Ontario’s largest cities.

We were proud to have the City of Burlington host safely last month the first in-person meeting of Ontario’s Big City Mayors since the pandemic began — and official congratulations to our inaugural executive director Michelle Baker! 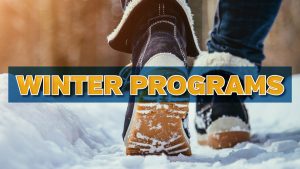