The Local Planning Appeal Tribunal (LPAT) has approved the National Homes 2100 Brant Street development after the local neighbourhood group Vision 2100 Brant withdrew as an opposing party to the hearing. Two residents with participant status at the hearing also withdrew.

In advance of the hearing on July 28, Vision 2100 advised the Tribunal that they were withdrawing as a party from the hearing, with no further changes to the proposed development. Vision 2100 did not present any evidence or make any submission at the hearing.

Based on the uncontested opinion evidence from planners for National Homes and the City of Burlington in support of a revised proposal, and the submissions of the remaining Parties (including the Region of Halton), the Tribunal issued an oral decision approving the settlement and the proposed planning instruments and plan of subdivision. That was followed up with a written decision on July 30 available via this link.

The LPAT’s approval of the 2100 Brant St. development brings this appeal to a close, except for a ruling from the LPAT on a motion from National Homes for costs for preparing to appear in support of the previous settlement approved by the former city council. In November 2018, the previous city council approved a settlement with National Homes after the municipal election when 5 of the 7 members at the time knew they were not returning, but prior to the new Council being sworn in.

The new Council rescinded that settlement in order to work with residents, the applicant and planning staff to make additional modifications that resulted in further revisions and the settlement the LPAT approved.

The Tribunal also gave authority to the City for final approval for the proposed draft Plan of Subdivision, subject to a long list of conditions from various parties, including:

A phasing schedule for construction must also be provided identifying proposed house construction (start dates/occupation dates), tentative grading, sodding and tree-planting schedules in accordance with the City’s grading and sodding policy and schedule.

At some point in the future, National Homes will need to obtain site plan approval for the development of the townhouse component of the plan.

We will continue to update residents as this application moves into its construction phase.

While this development may not be what some residents or council members were hoping for, it was improved upon multiple times throughout the planning process over what was initially submitted. That was the direct result of the input received from our community.

The revised proposal includes more green space than the original application, including a new park, fewer units, less height and density, more variety and senior-friendly options, increased setbacks and better transition to the neighbourhoods to the north and south.

We thank the public for their involvement in the process and for continually providing their feedback and input.

We would also like to thank the resident group Vision 2100 for their hard work and cooperation in achieving an improved development plan. They spent countless hours and finances over the past few years, working with city staff, council and the developer to make changes to the development that we are sure future residents of this new neighbourhood will appreciate.

In accepting the revised proposal, council considered a number of factors, including public input, the improvements made that addressed some of the concerns raised, the planning justification provided by staff, and advice from legal counsel.

Our decision also factored in some practical realities, including the inability to secure a planning witness that was of the opinion that the November 2018 proposal did not overall represent good planning, the likelihood that a hearing would not produce a different result, and the possibility that city taxpayers could be required to pay the entire costs of the applicant at a lengthy hearing. In addition, city staff who supported the November proposal would likely have been required to testify on behalf of the applicant, at city taxpayers expense.

This application was in its third year of review.

The decision to settle with National Homes on the 2100 Brant development was the responsible decision for all parties involved. We achieved the best plan possible for the community. This development brings townhouse, semi-detached and senior-friendly housing, along with a new neighbourhood park and protection of natural heritage features.

For more background on this file, please visit Burlington.ca/2100Brant and mariannemeedward.ca. 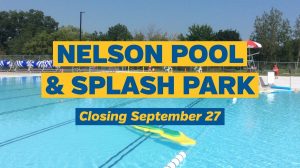 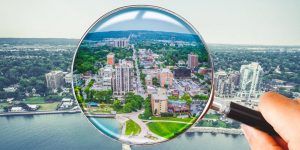 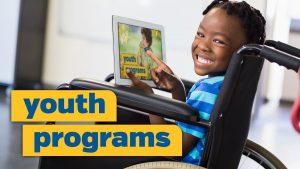