After careful consideration, I voted in favour of the rezoning as a result of the modifications made by staff and Tim Horton's to address concerns raised by residents, including prohibiting a drive through and limiting hours of operation.

On Nov. 12, the city’s Development & Infrastructure Committee (formerly the Community Development Committee) approved the request to rezone 601 Brant Street to allow a coffee/bake shop (Tim Horton’s) at the former Blockbuster in the No Frills plaza. The rezoning also included a specific prohibition on any drive through. The recommendation received final approval at City Council on Mon. Nov. 26.

Residents raised concerns primarily about traffic congestion, pedestrian safety, hours of operation, rezoning to permit fast food, and the look of the building.

Additional concerns that were raised (about healthy food choices littering, saturation of coffee shops downtown), though valid, are outside the scope and jurisdiction of the city zoning regulations. Some can be addressed by other city bylaws.

In response to resident concerns that the location would become a late night hangout, Tim Horton’s has committed to a midnight closing time. The establishment is proposed as a new concept café and bake shop style restaurant with improved furniture and seating to encourage extended stays.

Tim Horton’s has proposed façade enhancements, including canopies, and have plans to reduce the corporate signage in size compared to the former video store sign to allow for better exposure of the Downtown Burlington gateway feature at Brant and Victoria. To avoid a blank wall facing the Brant St sidewalk, there will be a door onto Brant, as well as facing into the plaza.

Litter can be addressed through the city’s property standards bylaws, and Tim Horton’s will maintain their own corporate standards to keep their property litter-free. They have also expressed interest in participating in a regular community cleanup of the area.

Staff carefully reviewed the traffic reports prepared by the applicant, as well as conducting their own review. About 40% of traffic is anticipated to come from “pass by” drivers – people already on the roads passing by the site and stopping in.

The incremental increase in traffic amounts to about 60 additional cars in the morning peak hour – the busiest time. Analysis of the road capacity on Brant and surrounding streets indicates the roads can handle the increase. Volume currently sits at about 500 cars during the morning peak hours; capacity on the road network is about 800 cars per hour. Based on current transportation patterns in the downtown, 5% of customers are expected to arrive by transit, and 20% by cycling or walking.

Additional concerns were raised about pedestrian safety, especially for school children crossing Brant/Victoria to attend one of the three schools in the immediate area. Currently, the area is monitored by crossing guards during the morning, lunch and afternoon school hours. In addition, staff have recommended that additional safety measures be explored for the Victoria Street access during the site planning stage, with input from the School Crossing Guard Supervisor.

Staff will also be reviewing the site to ensure that pedestrians can safely navigate the property, again during the site plan stage which comes next in the planning process. In addition, Brant Street already has reduced speeds through this area because of the adjacent schools.

To read why staff supported the rezoning click here for the staff report; to read resident comments (over 130) click here.

My Take: After careful consideration, I voted in favour of the rezoning as a result of the modifications made by staff and Tim Horton’s to address concerns raised by residents, including prohibiting a drive through and limiting hours of operation. In addition, there was considerable community support for the project. 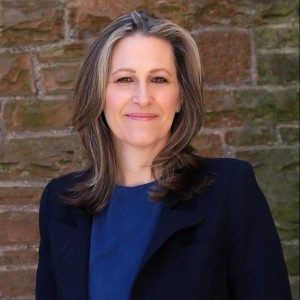 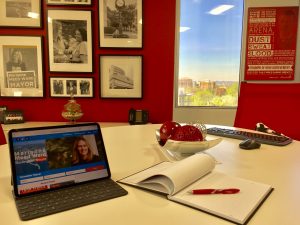