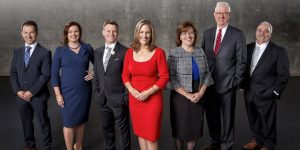 Your new Burlington City Council was inaugurated on Dec. 3, 2018, so as of today (Tuesday, March 12), we will officially have been on the job for 100 days. I still wake up smiling every morning, grateful for the opportunity to be Mayor of this amazing city.

We’ve worked well together, modelling respectful dialogue and debate, and as a result we already have a long list of accomplishments that serve our community and honour our election commitments.

I want to take a moment to share with you the Top 30 accomplishments this council has achieved so far and where we are headed together as a city.

As your Mayor, I have:

I also want to thank each ward councillor, five of whom are new to the job, for uniquely delivering for their constituents and continuing to bring the needs of their communities to the Council table, as well as thank our Interim City Manager for all the work he and city staff have done to date. Here’s what each had to say in their own words about our 100-Day mark.

“The first 100 days of being a new Councillor have been a massive learning experience for myself personally, but an honour to serve. Our new council is a diverse group and it has been great to work with them. I am proud that we are delivering some new services to the residents in the budget in terms of free transit for seniors, new staff for seniors’ program and the Joseph Brant Museum. We are also looking into a bike sharing program to connect residents with our mobility hubs and the downtown.”

“Residents want to re-connect with their City hall. I’ve worked to rebuild trust through the launch of the first Ward Business Meeting Registry, so you know who is talking to your councillor — in line with a code of conduct. This directly supports the transparency, accountability and integrity of the government decision-making process and promotes open dialogue between the many stakeholders that make up our community.”

“I believe our primary achievement as a council has been delivering a budget that improves the quality of life of Burlington residents, including delivering the Brant Hills splash pad, as well as better public transit, while keeping the tax increase within a half per cent of inflation.”

“The tree canopy in Ward 4 is a valuable asset to our city’s health and well-being, and I’m glad we have taken steps to protect it and replenish it with the Roseland Private Tree Bylaw and additional funding for tree planting to help mitigate the losses we’ve seen to our urban tree canopy in recent years from the Emerald Ash Borer.”

“I’m happy to see the improvements to Burloak Park maintenance for Ward 5, and the launch of city-wide free transit for those who qualify for the SPLIT transit subsidy program, along with free weekday transit for seniors. It is a pleasure to work with our new members of Council as we all get to know each other.”

“In these first 100 days, I’m proud to have launched advisory groups in four distinct Ward 6 neighbourhoods (Headon Forest, Millcroft, Alton Village and our Rural area), held a well-attended Ward 6 town hall budget meeting, proposed a staff direction to look at how we streamline budget processes in 2020, and provided input to the City in providing better hearing accessibility in Council Chambers.”

“Council has been focused on building a strong relationship with staff. This priority was an emphasis during their orientation and out of this developed the Civic-“ology” program, which is an informal opportunity for council to meet and work closely with staff in all departments.”

There is still much work to do over the next four years, but your council is off to a great start and it all begins with respect for each other, for residents and for staff. One of the most important things we have done is set a positive tone of respect and collaboration among council and with staff, creating positive energy throughout City Hall. By inviting and welcoming diverse perspectives in a respectful environment, we set the stage for great ideas to emerge to address the challenges we face in our community… together. 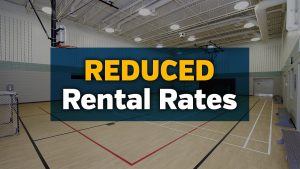 Reduced rates for recreation service providers to continue into 2021 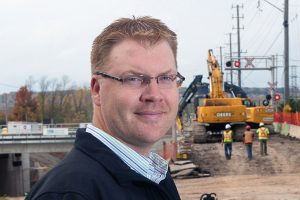