Burlington, Ont.—Oct. 5, 2020 — The City of Burlington is commissioning an Ontario-based Indigenous artist to create a permanent public art piece for the outside of Joseph Brant Museum. Residents are invited to share their thoughts on two finalists chosen by an independent jury. The two proposed designs can be viewed and commented on by logging into or joining the City’s engagement platform: GetInvolvedBurlington.ca.

The comments received on GetInolvedBurlington.ca/MuseumPublicArt, along with the technical and detailed design proposals, will inform the jury’s final selection.

The hope is that this project will help to create awareness of the rich Indigenous cultures, peoples and heritage that are at the root of our territory, city and province. The theme of the artwork will focus on Indigenous language. Language connects us to our past, present and future; it is crucial to the development of community and the sharing of knowledge.

The budget for this project is $120,000 CAD (maximum, exclusive of HST). The City of Burlington Public Art Reserve Fund and the Dan Lawrie International Sculpture Collection are jointly funding this project.

The City released A Request for Expressions of Interest in 2019. An independent jury made up of project and community stakeholders and representatives from Mississaugas of the Credit First Nation and Six Nations of the Grand River went through the submissions and choose two finalists to develop preliminary artwork concepts.

The theme for the Joseph Brant Museum Outdoor Art Project is Indigenous Language. Old people at home say “you learn your language on your Mother’s knee”- I believe that. Language gives you a sturdy foothold on lessons to be learned from the Thanksgiving Address, Seven Grandfather Teachings, Great Law of Peace and Medicine Wheel.

Granite and bronze are classic, timeless and durable materials used by ancient civilizations for thousands of years. I used granite mainly for the contrast it provides between highly polished and etched surfaces and its low maintenance and vandalism resistance.

Design begins with rough sketches that guide making maquettes – small 3-D models of figures I create. Sketches are used to guide maquette development. Up to four sets of maquettes will be used to determine best combination surface, text and symbol for the artwork.

David is Oneida and a member of the Six Nations of the Grand River, near Brantford, Ontario. Prior to his art career, David worked as a Journeyman Bridge and Structural Steel Ironworker, an Elementary School Teacher and an Arts & Culture Officer with the federal government. David’s career as a full-time artist began in 1980 and for 30 years he worked and developed a distinctive style for work, mainly in marble and bronze.

My vision for this public art project includes:

First Peoples of Ontario created poles distinct from those of the West Coast. The word Totem is derived from the Anishnaabeg word dodem, which means clan. The poles here were Clan Poles and recognized as Story Poles. The proposed Story Poles will acknowledge the three indigenous groups of the past; Mississauga Ojibway, Iroquoian, and the Huron. They will celebrate our differences, and more specifically, our similarities. We are distinct, yet one in our beliefs. As Peoples we did not have written language, but we did communicate with art, symbolism and the spoken word. Through images inspired by Woodland School symbolism and ancient petroglyphs, this public artwork will tell the story of the area with wood and stone, linking the earliest inhabitants, the current residents and the generations to come.

R. Kris Nahrgang is a multi-disciplinary artist working in wood, stone and traditional oil mediums. He is also an advocate for the rights of First Nations communities in Ontario and has liaised between Native and non-native groups with respect to archaeology since 2000.  Kris Nahrgang is a Status, Mississauga Ojibway Treaty Indian – status held at Curve Lake. His home is located close to the site of the Peterborough Petroglyphs which date back over a thousand years and are recognized as the largest single concentration of rock carvings in Canada.

Kris’ art is a continuation of this spirit and tradition of rock and totem carving. His style has a balance of innovative, modern and traditional elements which have led to a growing recognition of his work across Canada and the world. His work has been noted in art periodicals including Insight, Art Impression and Collectibles, as well as Maclean’s magazine. 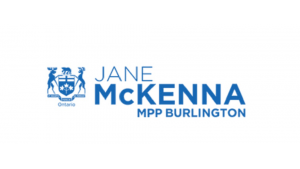