Please see the media release below issued by the City of Burlington. 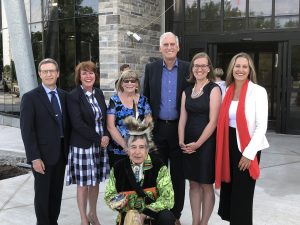 Burlington, Ont.— Aug. 14, 2019— A traditional Smudging Ceremony was led by Elder Garry Sault of the Mississaugas of the Credit First Nation this week as three levels of government, project funders and donors were given a preview of the transformed Joseph Brant Museum.

“Knowing our history helps us create a brighter future. I am proud to have been able to support the redevelopment of the Joseph Brant Museum, which will provide Burlingtonians, and Canadians, access to our community’s cultural heritage and improved access to our rich local history. I look forward to joining Burlingtonians to celebrate our culture at the Joseph Brant Museum for many years to come.” — the Honourable Karina Gould, Minister of Democratic Institutions and Burlington MP

The museum will officially open to the public on Sunday, Sept. 15, 2019 with a community celebration from noon to 4 p.m. at 1240 North Shore Blvd. E. The celebration will feature tours, interactive exhibits, activities and an official ribbon cutting with Burlington Mayor Meed Ward.

The previous Joseph Brant Museum was a 1937 replica of the house Mohawk native Joseph Brant, Thayendanegea, built on a 1798 Crown land grant. A modern addition to the museum has been built into the grassy area under the previous museum.

The expansion by contractor Aquicon Construction, on behalf of the City of Burlington, adds more than 12,000 square feet to its previous size. This will allow the Joseph Brant Museum to become a cultural destination and a place to host national exhibitions and the collection of artifacts. 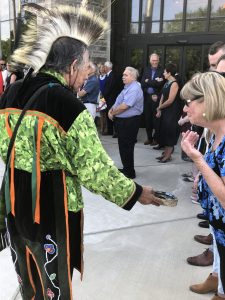 The transformed museum has been expanded to provide barrier-free space, including an elevator to the second-floor roof garden and original Joseph Brant home. The expansion includes more room for gallery displays, interactive programming, the storage of collections and community outreach.

Joseph Brant, Thayendanegea, lived from 1742 to 1807. In 1798, the Mohawk and British captain was granted 3,450 acres at the head-of-the-lake (Burlington Bay) by King George the third.

“Cultural spaces like the Joseph Brant Museum play a fundamental role in bringing our communities together by enriching our understanding of our shared history. By supporting the renovation of cultural infrastructure, we are creating jobs, strengthening communities, and putting arts and culture within reach of all Canadians.” — the Honourable Pablo Rodriguez, Minister of Canadian Heritage and Multiculturalism

“This significant expansion to Joseph Brant Museum will enhance Burlington’s understanding of our rich cultural heritage and provide adequate display space for collections as well as national exhibitions.  Our museum is now positioned to become an important tourist destination.” — Jane McKenna, Burlington MPP

The Joseph Brant Museum transformation helps us to celebrate the important history of our First Nations’ people and culture, including Burlington founder Joseph Brant (Thayendanegea). I look forward to celebrating the opening of the museum with residents and visitors, and know they will enjoy it as our new major exhibition and heritage centre. It is a wonderful addition to Burlington’s vibrant waterfront.

At the Donor Recognition Reception, Elder Garry Sault of the Mississaugas of the Credit First Nation shares a traditional smudging ceremony with Museums of Burlington Executive Director, Barb Teatero. 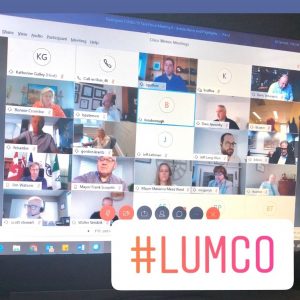 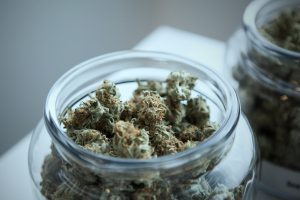 Application for 10th Cannabis Retail Store in Burlington Received by AGCO: Written Comments due to Province by June 18 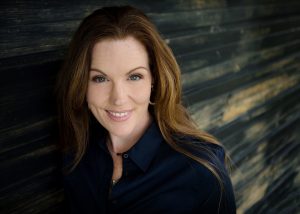